Firstly, the title of this post has nothing to do with what I’m wearing, but rather of where I took these photos. Since moving to Toronto, I’ve been constantly interested in learning about the various areas and landmarks. Dressed in a fresh blue and white look, I was attracted to this water feature outside on of the courthouses. And next to it was a really cool statue that just begged to take a picture with it. Although at the time I didn’t actually know what it was (I had my guesses), I’ve since come to learn that it’s called “Pillars of Justice”, representing the jury. Little did I notice then, but on the other side of the statue, there is a space left empty to encourage the viewer to imagine him or herself in that spot as the “12th jurer”. You learn something new everyday! And I will certainly have to go back to get the shot right.

But back to the fashion, I’m really feeling the white denim jacket as a wardrobe staple this summer. This one from H&M fit the bill and didn’t break the bank either. Metallic accessories are also a go-to and it’s ok to mix silver and gold! 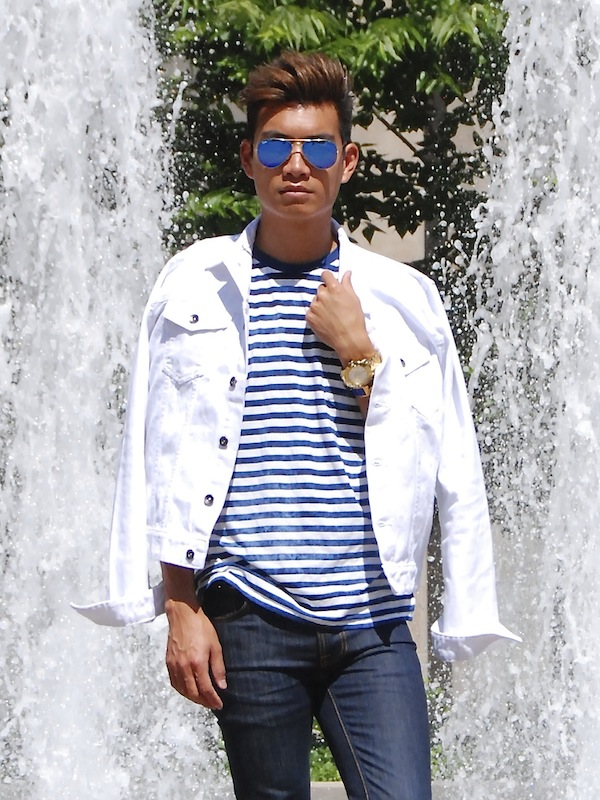 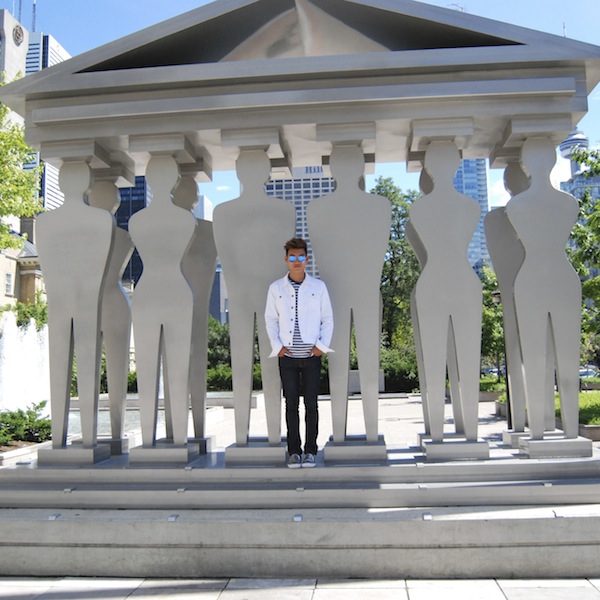 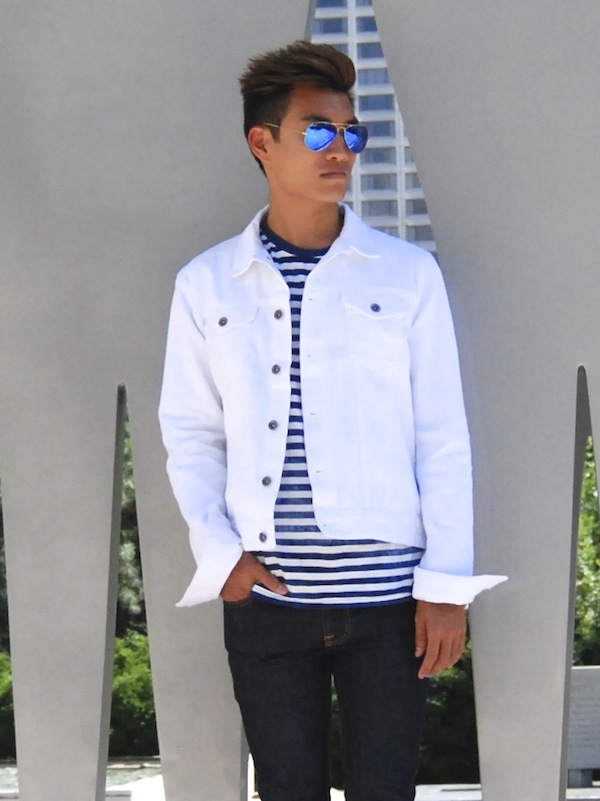 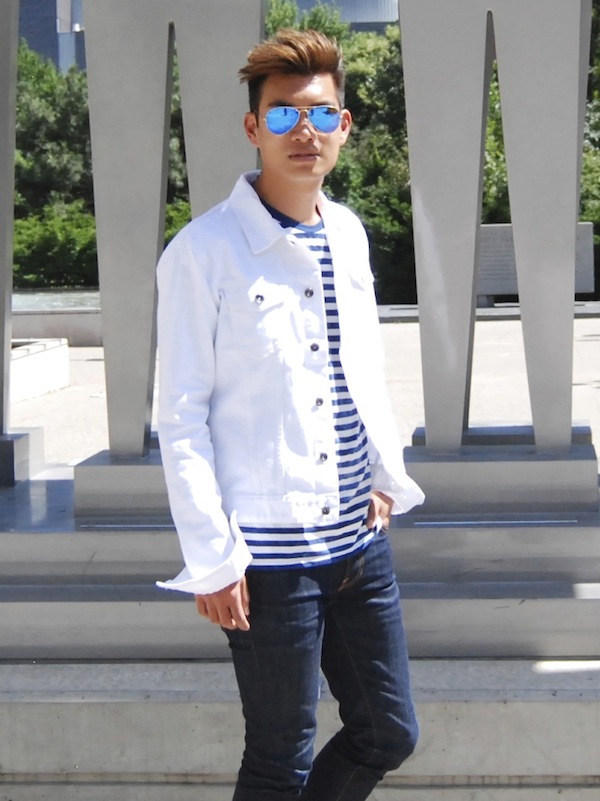 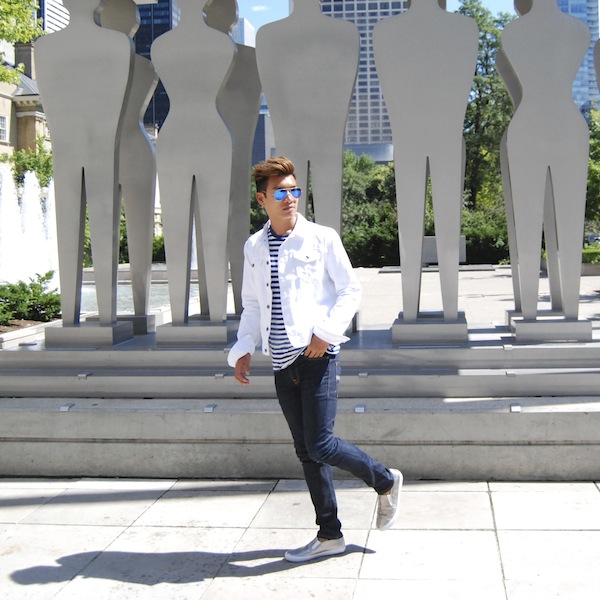 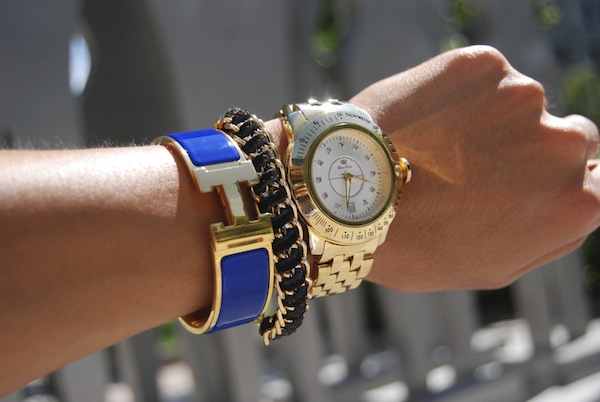 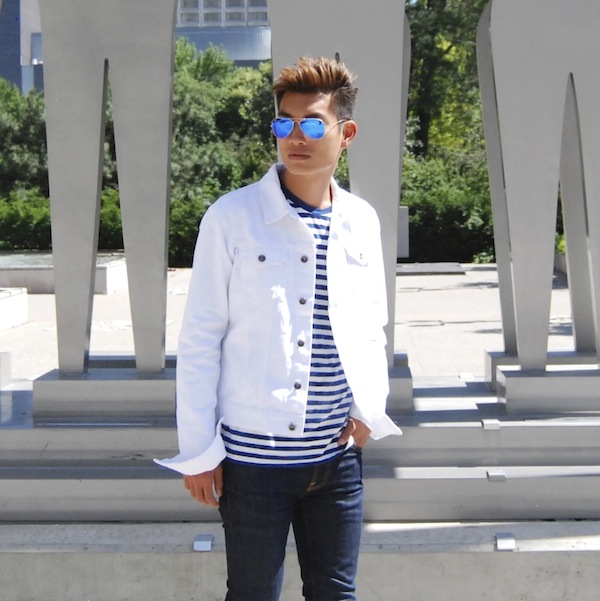 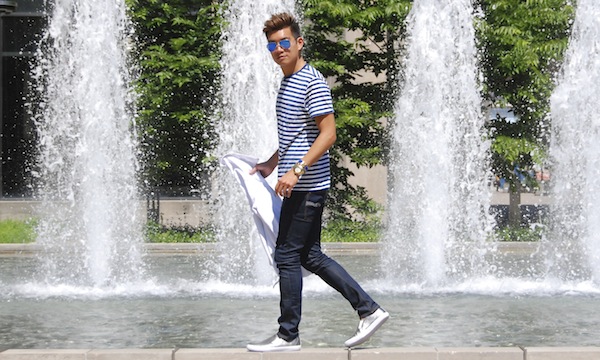 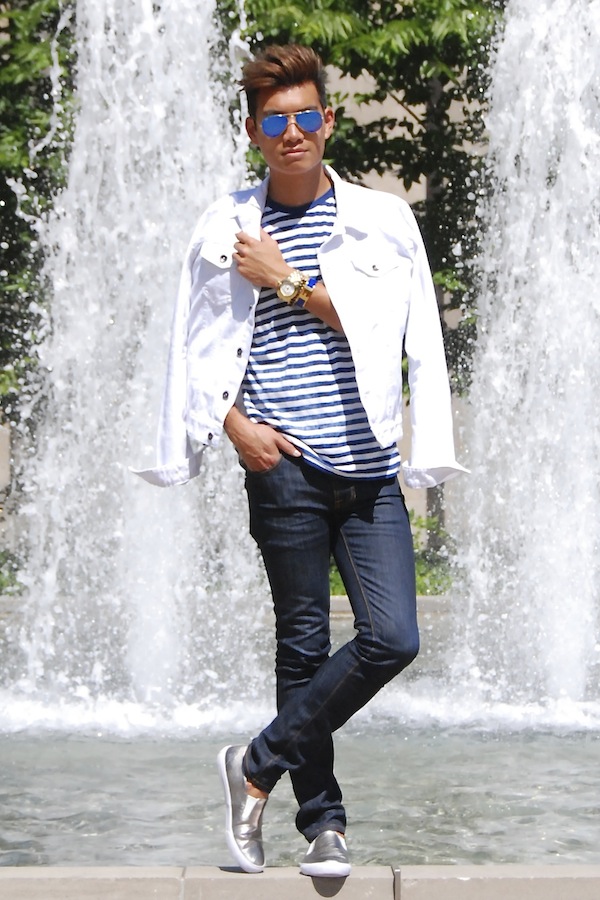